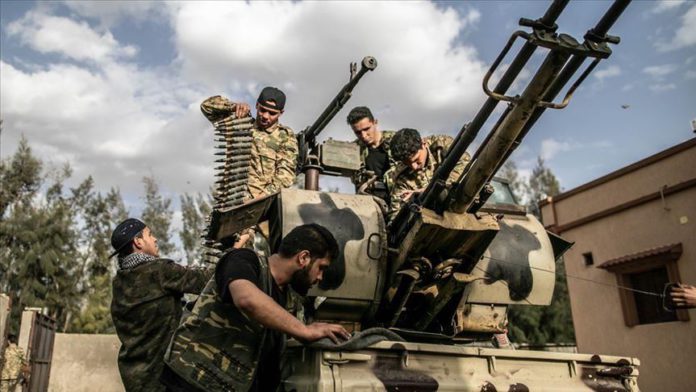 The army neutralized two militia units in airstrikes carried out near the city of Gharyan, 100 km (62.13 miles) south of Tripoli, the government-led Operation Volcano of Rage said in a statement.

Two military vehicles belonging to Haftar were also destroyed in the airstrikes.

In a separate statement, military spokesman Mohammed Qanunu said 12 members of Haftar’s militias had been neutralized in five separate airstrikes carried out by the army over the past 24 hours near the town of Esabia in southern Tripoli.

A total of seven military vehicles of Haftar’s forces, one ammunition transport vehicle and one United Arab Emirates-made armored vehicle were also destroyed in the airstrikes, Qanunu added.

Libya’s internationally recognized government, also known as the Government of National Accord, has been under attack by Haftar’s forces since April 2019.

On Tuesday, the United Nations Support Mission in Libya (UNSMIL) said Haftar has agreed to the resumption of ceasefire talks.

TikTok, WeChat to be banned from US app stores Sunday