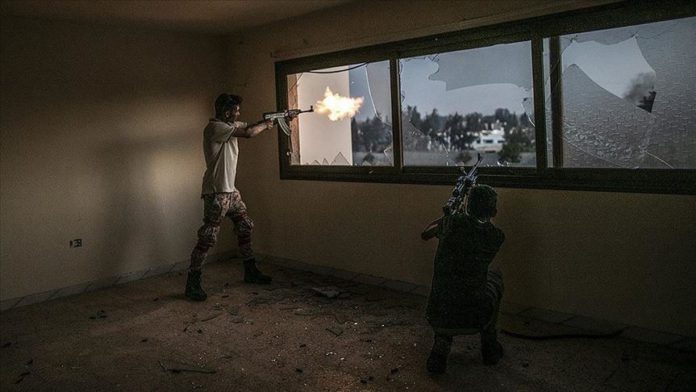 At least 10 members of warlord Khalifa Haftar’s militia were neutralized Sunday in shelling by the Libyan army.

The army destroyed four observation posts on the Mashru front in southern Tripoli, killing or wounding a total of 18 militia and mercenaries, the media office of the government-led Burkan Al-Ghadab (Volcano of Rage) operation said in a statement.

On Saturday, at least six civilians were killed when Haftar’s militia launched rocket attacks on Mitiga International Airport in the capital.

The attacks came hours after the UN Support Mission in Libya (UNSMIL) condemned indiscriminate attacks on civilians in Tripoli, saying they “may amount to war crimes.”