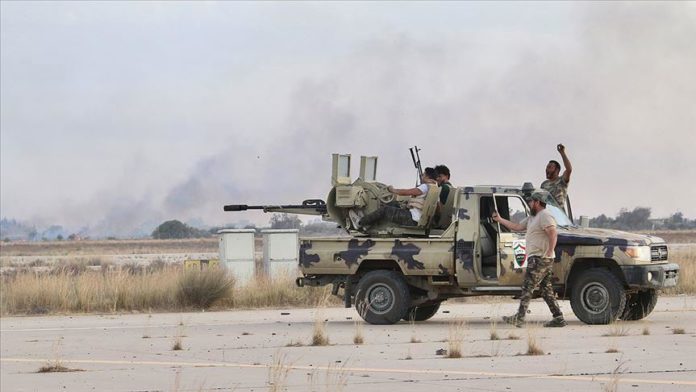 After retaking the country’s main airport, the Libyan Army on Thursday announced the complete liberation of the capital Tripoli, while its forces move into another city to the southeast, the last stronghold for warlord Khalifa Haftar in western Libya.

“Tripoli has been liberated and fully secured, and we have reached the administrative borders of the city of Tarhuna, southeast of the capital,” said Mustafa al-Majei, the spokesperson of the Burkan Al-Ghadab (Volcano of Rage) Operation.

Al-Majei confirmed that the Libyan Army has entered the Fam Malgha area of Turhuna, 90 kilometers (56 miles) from Tripoli.

“The military vehicles of putschist Khalifa Haftar’s militia have been seen withdrawing from Tarhuna towards the city of Bani Walid,” 180 km (112 miles) southeast of Tripol, al-Majei added.

On Wednesday, the Libyan Army of the internationally recognized government managed to retake Tripoli airport from Haftar’s militias.