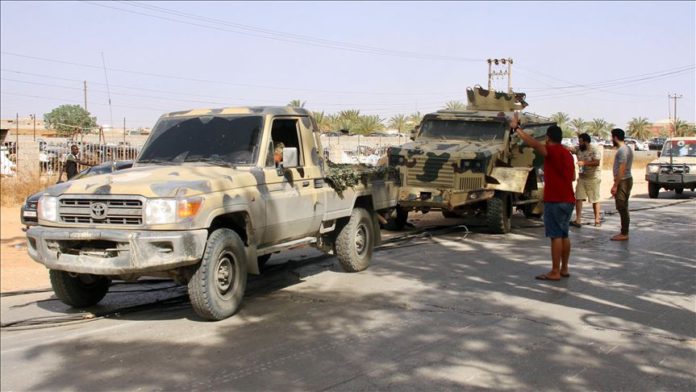 The Libyan army on Friday liberated Al-Dawoon district in the eastern Tarhuna city from the militia of warlord Khalifa Haftar.

“Our forces began to move towards the center of Tarhuna after taking control over the Al-Dawoon area,” Mustafa al-Majei, a spokesman for the Burkan Al-Ghadab (Volcano of Rage) Operation, told Anadolu Agency.

Al-Majei said that the operation takes place on many fronts however the eastern side is only 5 kilometers (3.1 miles) from the city center.

He said that there is little resistance by the Haftar’s militia during the battles and “within few hours the city center will be taken.”

The Libyan Army on Thursday announced the complete liberation of the capital Tripoli and that its forces were moving to liberate Tarhuna, the last stronghold for Haftar in western Libya.

In March, the Libyan government launched Operation Peace Storm to counter attacks on the capital, and recently regained strategic locations, including Al-Watiya airbase, in a major blow to Haftar’s forces.