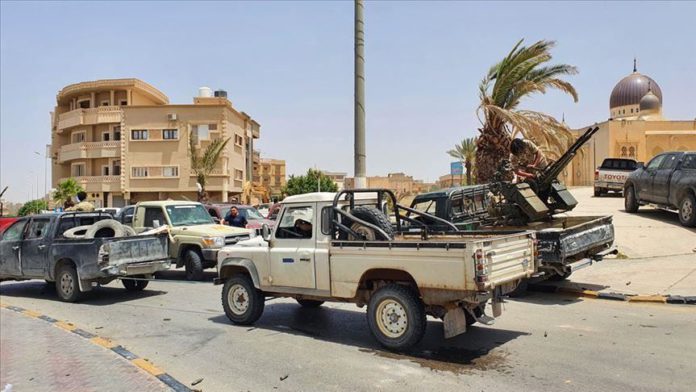 The Libyan army launched a military operation on Saturday to liberate cities in eastern and central Libya from militias of warlord Khalifa Haftar.

In a statement, military spokesman Abdel-Hadi Dara said the operation, code-named “Path of Victory”, aims to liberate the cities of Sirte and Jufra and the towns of Wadi Wishka, Buerat, Jarif and Qasr Abu Haid from Haftar’s forces.

For his part, army spokesman Mohammed Kanunu said government forces have been ordered to advance towards Wadi Wishka and Sirte.
He said Libyan warplanes carried out five airstrikes against Haftar’s forces near Sirte.

On Friday, the Libyan army liberated the strategic city of Tarhuna — the last stronghold of Haftar in western Libya.

Libya’s internationally recognized government has been under attack by Haftar’s forces since April 2019, with more than 1,000 killed in the violence.
The government launched Operation Peace Storm in March to counter attacks on the capital and recently regained strategic locations, including the Al-Watiya airbase and Tarhuna, which is viewed as a significant blow to Haftar’s forces.
*Bassel Ibrahim contributed to this report from Ankara