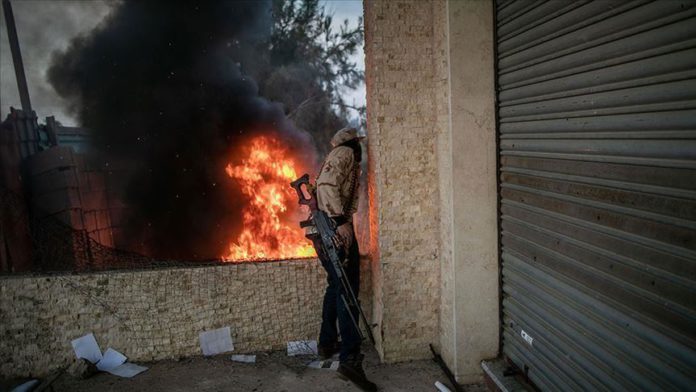 The Libyan Army on Saturday hit an oil tanker belonging to militias of warlord Khalifa Haftar, according to the country’s military.

Col. Muhammad Kununu, a spokesman for the government’s armed forces, said in a written statement that the army conducted an airstrike on Nesme region, 200 kilometers (124 miles) south of the capital Tripoli.

The second strike hit another oil tanker en route to Tarhuna city to reach Haftar’s militia, according to a written statement by the press center of the Libyan Army-led Operation Rage of Volcano.

The Libyan Army has recently made gains against Haftar’s militias, which are supported by France, Russia, the United Arab Emirates, and Egypt.