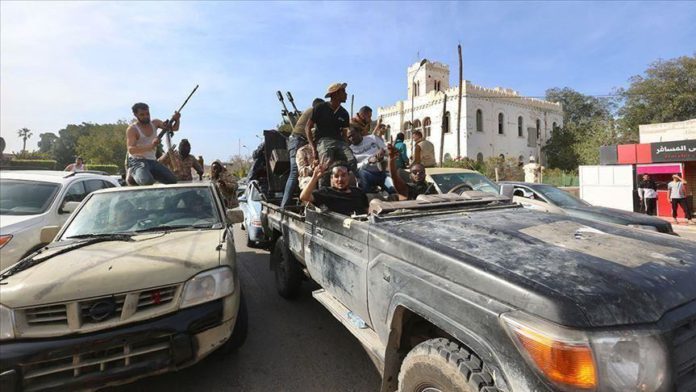 The Libyan Army attacked armories Saturday belonging to militias of warlord Khalifa Haftar, according to the country’s military.

The military said the army conducted an airstrike on Watiya airbase, east of Tripoli.

Two militias were killed and five were injured, it added.

The Libyan Army recently made gains against Haftar’s militias which are supported by France, Russia, the United Arab Emirates and Egypt.