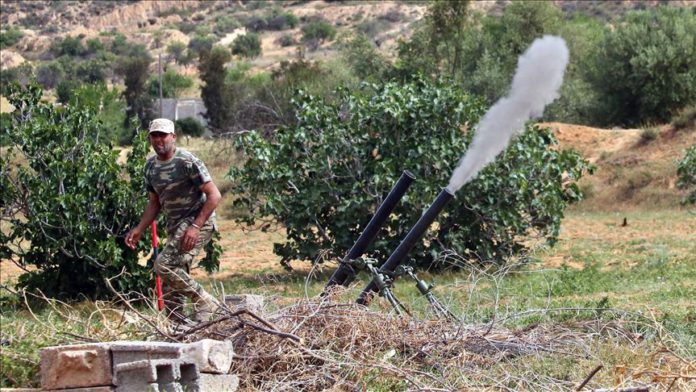 Air elements of the Libyan army targeted the key Al-Watiya airbase occupied by forces loyal to renegade commander Khalifa Haftar three times in the past 24 hours.

Muhammed Kununu, the military spokesman for the government, said Tuesday that the airstrikes were carried out against Haftar’s militias and on military vehicles.

He said reconnaissance flights were also conducted in central and western areas in order to monitor the movements of Haftar’s militias in the field.

Earlier in the day, the Libyan army’s artillery units also attacked posts at Al-Watiya airbase as well as a base used by mercenaries of Russia’s Wagner Group, which supports him.

Al-Watiya, which is currently controlled by forces loyal to Haftar, is regarded as a key airbase in the country and is second only to Mitiga International Airport.