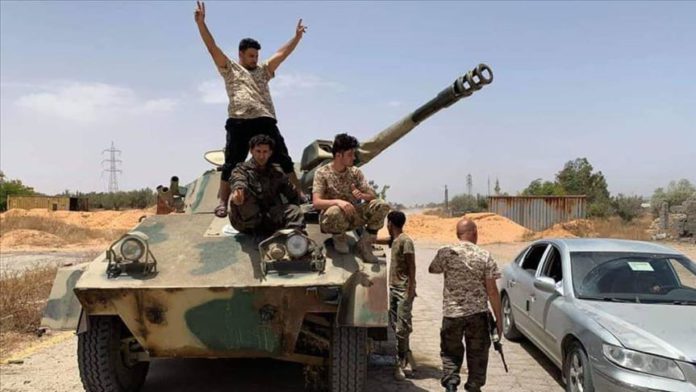 A CAIG Wing Loong type UAV in the “30th Gate” region of Sirte was dropped, according to the government’s Burkan Al-Ghadab (Volcano of Rage) Operation.