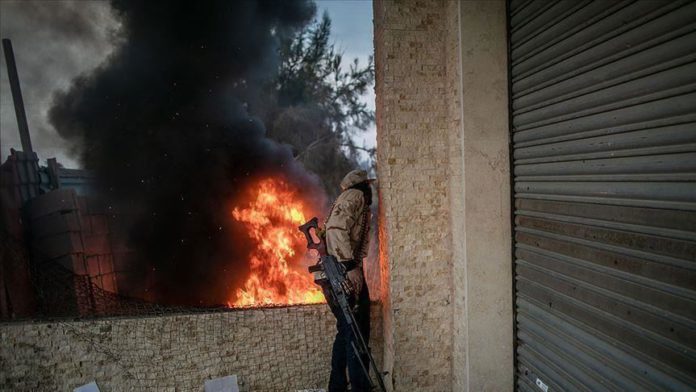 “The Air Force succeeded in destroying two troop carriers with more than 10 Janjaweed mercenaries [Sudanese militia] supporting the Haftar militia in Wadi Marsit,” the Libyan government-led Operation Volcano of Rage said in a statement on Facebook.

The airstrike came as a part of operations aiming at cutting supplies to Haftar’s militias.

Haftar, the leader of illegal armed forces in eastern Libya, intensified attacks on civilians since the beginning of May as the Libyan army recently gained the advantage and inflicted severe losses on his militants.