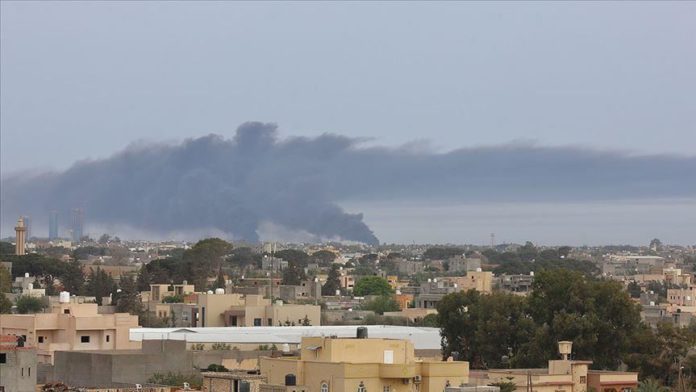 According to a statement by the Libyan government-led Operation Volcano of Rage, the army carried out an air operation targeting Al-Watiya airbase, located southwest of the capital Tripoli and controlled by Haftar’s forces.

A military vehicle launching an attack was hit during the operation, it added.

Meanwhile, in another statement, Muhammed Kununu, the military spokesman for the government, said six air operations targeted the same location.

The attacks came hours after the UN Support Mission in Libya (UNSMIL) condemned indiscriminate attacks on civilians in Tripoli, saying they “may amount to war crimes.”

Haftar, the leader of illegal armed forces in eastern Libya, has intensified attacks on civilians since the beginning of May as the Libyan Army recently gained an advantage and inflicted severe losses on his militants.