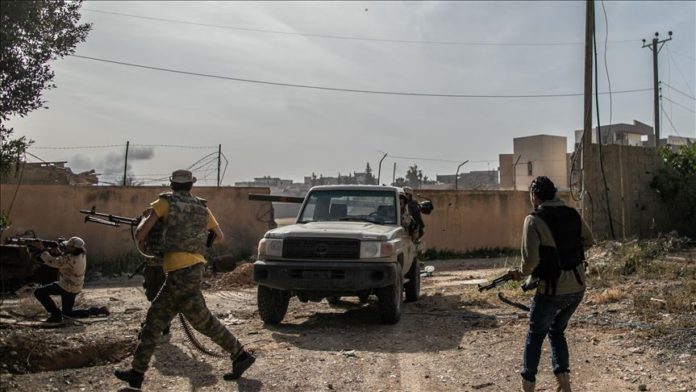 Muhammed Kununu, the military spokesman for the government, said in a statement that the army carried out nine air operations against Al-Watiya airbase, located southwest of the capital Tripoli and controlled by Haftar’s forces.

He added that the operations targeted military vehicles, three tanks and 13 militias, including Mohamed al-Dahir, who is wanted by the Libyan Prosecutor-General’s office in connection with several criminal cases.

Earlier this week, the Libyan army carried out 24 air operations as part of a massive offensive aimed at capturing al-Watiya airbase.