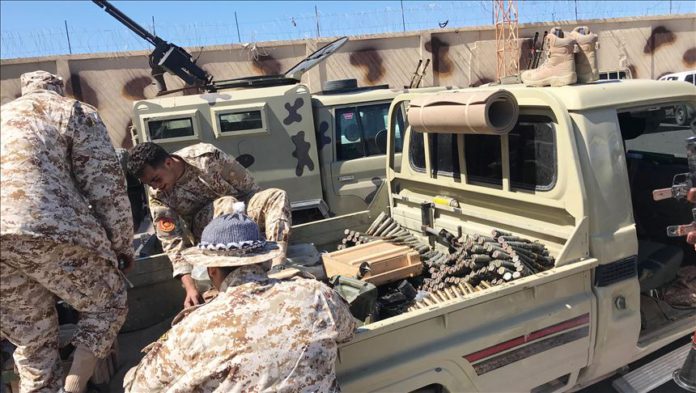 Libyan military spokesman Col. Mohamed Qanunu said in a statement that the airstrikes were carried out against Haftar’s militias in the city of Tarhuna, southwest of the capital Tripoli.

Two military vehicles and an ammunition carrier were destroyed and the army carried out observation flights over Tarhuna, it added.

Tarhuna is a major focal point for supply lines for Haftar’s militias from Al-Jufra Airbase.

Libya’s army on Monday retook Al-Watiya Airbase occupied by Haftar’s militias, a key facility now back under government control after some six years under putschist forces.