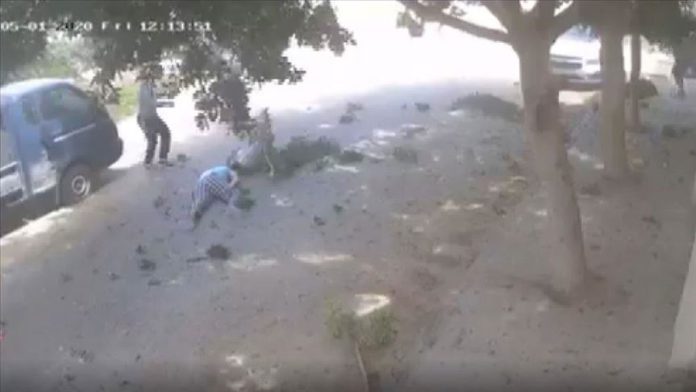 The killing of three civilians, including two women, near Libya’s capital by warlord Khalifa Haftar’s militias was caught on camera.

The Libyan Army on Saturday released footage from closed-circuit street cameras showing Haftar militias’ attack on a civilian settlement in the Zenata region, south of the capital Tripoli.

The video shows three people walking on the road and falling from an explosion, with debris scattered around and tree branches on the ground.

The Libyan Army has recently made gains against Haftar’s militias, which are supported by France, Russia, the UAE, and Egypt.