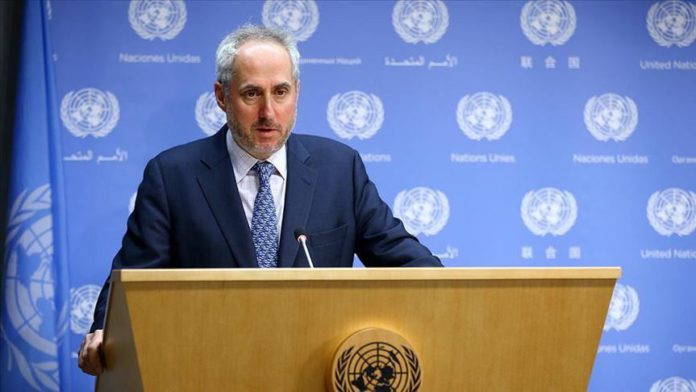 The UN is urging an investigation after the discovery of multiple mass graves in the city of Tarhuna, Libya, recently liberated from warlord Khalifa Haftar.

“Yesterday, the UN Mission in Libya expressed horror at the reports of at least eight mass graves in past days, the majority of them in Tarhuna,” said Stephane Dujarric, the spokesman for Secretary-General Antonio Guterres in a statement late Friday.

“International law requires that the authorities conduct prompt, effective and transparent investigations into all alleged cases of unlawful deaths, the Mission said,” he added.

“The Office for the Coordination of Humanitarian Affairs said that nearly 24,000 people have fled their homes in the last week following increased insecurity in southern Tripoli, Tarhuna and Sirte,” he said.

“Most people have fled to eastern Libya. Most of the newly displaced are sheltering with relatives, friends and other host families.

“The UN, once again, urges all parties to the conflict to respect the rule of law, for civilians to be protected, and for all efforts to be made to deescalate tensions,” he added.

More than 150 bodies, including women and children, were exhumed from the graves in the city southeast of the capital Tripoli, Haftar’s last stronghold in western Libya before its liberation.

The government launched Operation Peace Storm in March to counter attacks on the capital and recently retook strategic locations, including Al-Watiya airbase and Tarhuna.