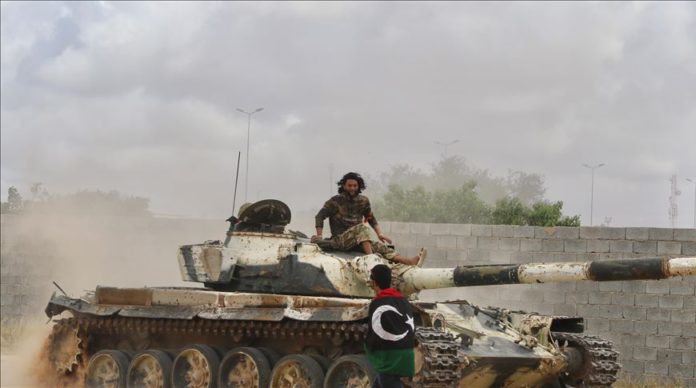 Forces of Libya’s UN-recognized Government of National Accord (GNA) took control of two fronts early Friday in the south of the capital Tripoli.

“Our forces made progress on the Mashru and Hallatat fronts and took a large area under control,” Mustafa al-Majai, spokesman for the GNA’s Burkan Al-Ghadab (Volcano of Rage) operation, told Anadolu Agency, adding the areas had been out of their control for three months.

He said they have also taken the Hamza camp in the south of Tripoli.

The GNA accuses several regional and European countries of providing military support to militias loyal to renegade general Khalifa Haftar, who contests the GNA’s legitimacy and authority in the oil-rich country.

On Monday, Haftar declared himself the ruler of Libya, claiming that he “accepted the mandate of the Libyan people” and terming the 2015 UN-brokered Skhirat agreement for a unified government in the country “a thing of the past.”

Azerbaijan thanks Turkey for medical aid amid COVID-19

Oil prices down with rising US crude stock, coronavirus