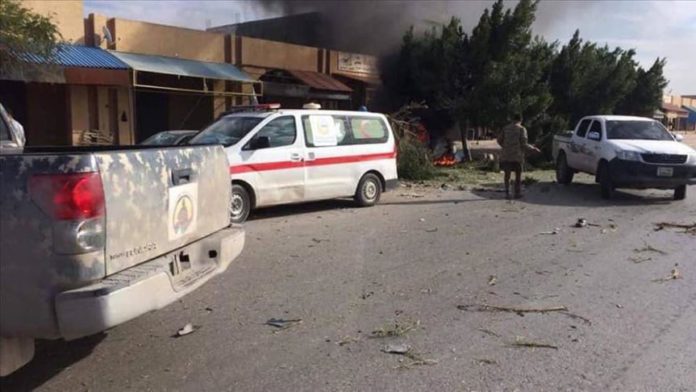 The United Nations’ Libya mission on Thursday expressed concern over the civilian causalities in the country by the forces of renegade general Khalifa Haftar.

“UNSMIL is very concerned by the continued indiscriminate attacks and targeting of civilians in civilian populated areas and the increase in civilian casualties from the use of rockets and artillery, as well as from targeted killings by forces affiliated to the “Libyan National Army” (LNA),” the United Nations Support Mission in Libya (UNSML) said in a statement.

According to the statement, the UNSMIL documented at least 131 civilian casualties including 64 deaths and 67 injuries, from Jan. 1 to March 31 this year.

“This figure represents an overall increase in civilian casualties of 45 per cent compared to the preceding period in the fourth quarter of 2019,” the statement added.

“Ground fighting was the leading cause of civilian casualties, followed by targeted killings, airstrikes, and improvised explosive devices,” the mission said.

“All parties to the conflict must respect their obligations under international humanitarian law including complying with the principles of distinction, proportionality and precautions in attack to prevent civilian casualties,” the statement cited head of UNSMIL Stephanie Williams as saying.

UNSMIL renewed its call for all parties to the conflict to immediately halt all military operations and allow the authorities to respond to the threat of novel coronavirus, the statement added.

Libya’s UN-recognized Government of National Accord (GNA) accuses several regional and European countries of providing military support to militias loyal to renegade general Khalifa Haftar, who contests the GNA’s legitimacy and authority in the oil-rich country.