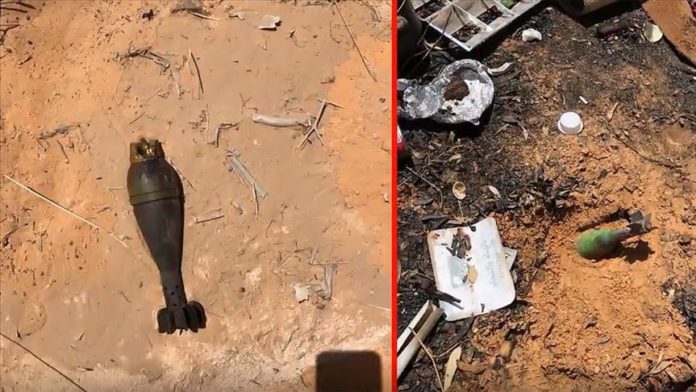 In eastern Libya, Turkey is continuing to safely detonate and dispose of improvised explosives and mines left behind by warlord Khalifa Haftar, said Turkey’s National Defense Ministry on Wednesday.

A video the ministry posted on Twitter showed the controlled disposal by munitions experts of ammunition and mines left behind by Haftar’s militias.

“Our staff works devotedly and heroically to clear mines and explosives that pose a great risk to civilians,” the ministry said.

Turkish forces are in Libya under a defense and security cooperation agreement the two countries signed last November.

Haftar has the support of the United Arab Emirates, Egypt, and Russia while the UN-recognized government is backed by Turkey and Qatar.