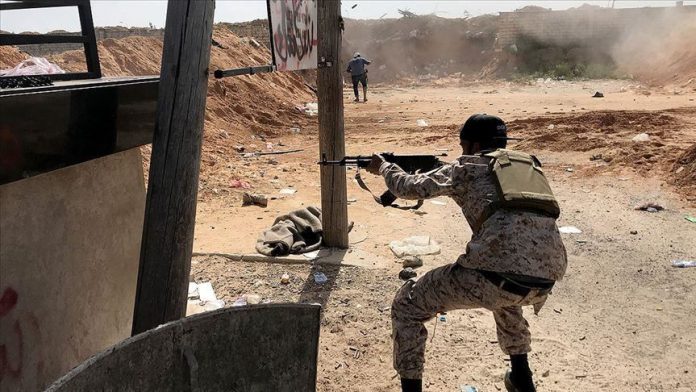 In April, Haftar’s forces launched a military campaign to capture the capital Tripoli from the internationally recognized government.

GNA military spokesman Mostafa al-Majai said in a statement that their forces repulsed air and ground attacks from the Haftar forces.

He stressed that GNA forces regained control of the Al-Tekbali military camp in the Saladin area.