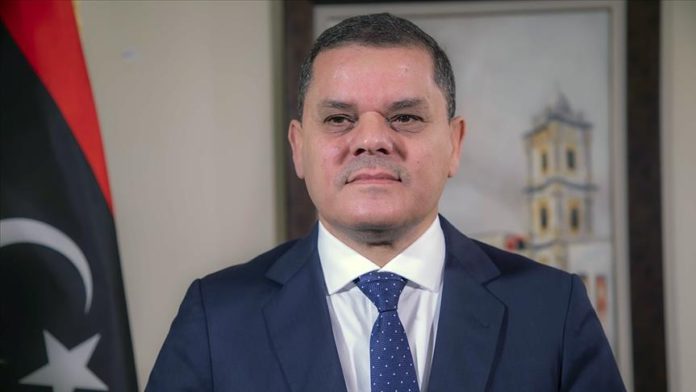 Libyan Prime Minister Abdul Hamid Dbeibeh on Tuesday left Tripoli for Germany to participate in the second Berlin Conference, due to open on June 23.

Local media said Dbeibeh is leading an official delegation to the meeting, but without giving details about members of the delegation.

Held under the auspices of the UN and Germany, the conference will discuss Libya’s political process and the incoming elections on Dec. 24. The meeting seeks to evaluate the progress made in establishing peace in the conflict-ridden country and efforts aimed to maintain security there.

The event is expected to emphasize the necessity of holding parliamentary and presidential elections on Dec. 24 as scheduled and the withdrawal of foreign forces and mercenaries from the country.

Berlin hosted the first conference on the Libyan crisis on Jan. 19.

On Sunday, Libya’s national unity government said it will be represented in the conference by Dbeibeh and Foreign Minister Najla Mangoush.

In February, a UN-led Libya forum voted on an interim authority in Libya choosing Mohammed al-Menfi as the head of a three-member Presidency Council and Dbeibeh as prime minister.