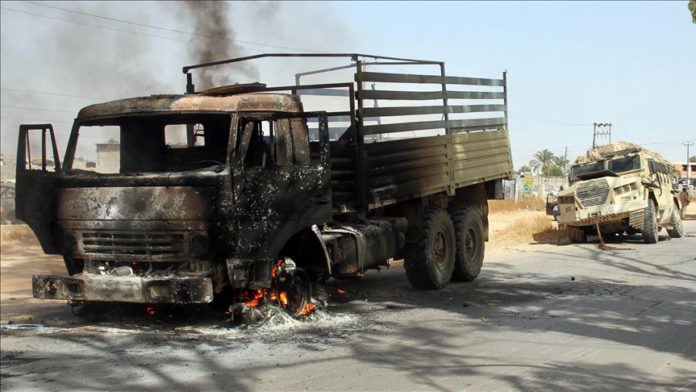 At least one civilian was killed early Tuesday from a landmine planted by militias loyal to warlord Khalifa Haftar as they were withdrawing from residential areas south of the capital Tripoli.

According to a statement issued by the press office of the Burkan Al-Ghadab (Volcano of Rage) Operation, the explosion killed one and injured another in a car on Tripoli’s airport road.

Data compiled by Anadolu Agency based on Libyan army figures showed that at least 31 civilians have died and 40 others have been wounded by landmine explosions in the last 10 days.

The Turkish Armed Forces had started clearing the areas where Haftar’s militias planted bombs and landmines while withdrawing at the request of the Libyan government for the safe return of civilians to their homes.

The Libyan army has recently inflicted heavy blows on the renegade commander’s forces and liberated Tripoli and Tarhuna from his militants.