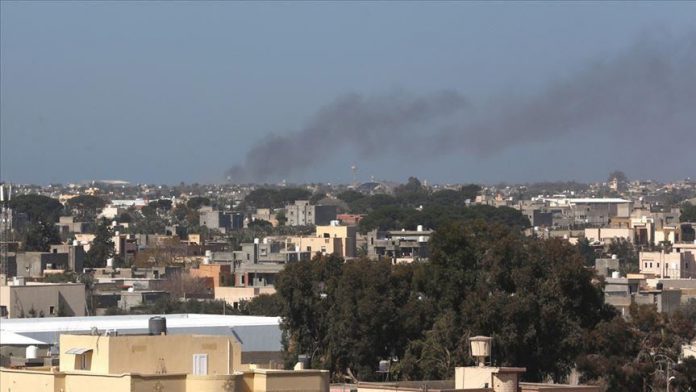 One civilian was killed on the first night of the Muslim fasting month of Ramadan in an attack carried out by warlord Khalifa Haftar’s forces on a civilian settlement in the Libyan capital Tripoli, medical officials said early Friday.

The civilian succumbed to his injuries from a rocket attack on the Ain Zara region, Osama Ali, spokesman for the Health Ministry’s First Aid and Emergency Service under the Government of National Accord (GNA), told Anadolu Agency.

He said a fire broke out during the attack and the fire brigade was directed to the region.