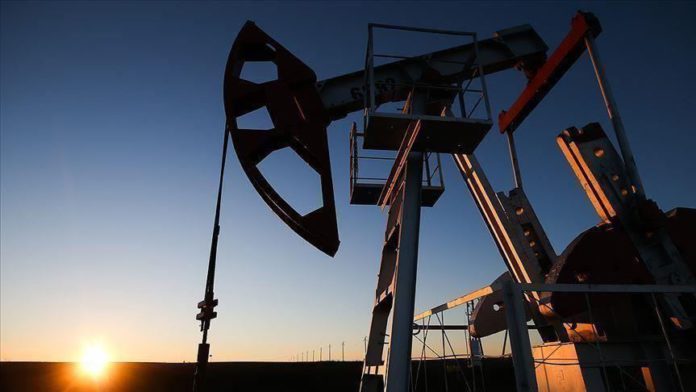 The civil war enforced by the warlord Khalifa Haftar in Libya has brought oil production and exports to a grinding halt, creating financial strain on the UN-recognized Libyan government based in capital Tripoli.

Till 2014, the North African country on the banks of the Mediterranean Sea was ranked among the top 20 oil-producing countries.

Since January Haftar’s forces have shut down oil facilities in the central and eastern parts to damage the economy and put pressure on the legitimate government.

The oil production activities of Sharara and El-Fil oil wells in the south of the country had been earlier stopped by these groups in February 2019.

According to the Libyan Petroleum Institute, responsible for the extraction, refining, and export of petroleum, the country has the largest oil reserves in the African continent.

Due to the closure of oil wells and restrictions put by pro-Haftar armed groups, the Libyan economy suffered a loss of $5 billion in January 2020.

From 2016-2019, the country has already lost more than $100 billion, as Ibrahim Cadran, an Haftar ally interrupted the oil excavation in the east of the country.

Cadran has formed a group called Petroleum Facilities Guards to prevent the movement of petroleum products from oil fields.

While international energy institutions say that most of Libya’s oil reserves have remained untapped, the conflict has hit extraction of oil from the existing resources.

The country’s largest oil and gas facilities, such as Sidra, Ra’s Lanuf, Brega, and Zueitine, are located in the war-torn east of Libya on the Mediterranean coastline.

The production in the area accounts for 60% of oil exports in the country.

Oil lifeline for the Libyan economy

The Sidra refinery can produce 350,000 barrels of oil every day. The daily production capacities of other refineries like Ra’s Lanuf are 220,000 Zueitine 100,000 and Briga 8,000 thousand barrels.

Since the discovery of oil in the second half of the 19th-century oil revenues have been the lifeline of Libya’s economy.

Libya’s hydrocarbon resources used to meet the demand of around 70% of national expenditure. AS much as 93 % of the government revenues and more than 90 % of exports were met by oil revenue until Muammar Gaddafi regime was overthrown in 2011.

In 1970, Gaddafi had moved Libyan Petroleum Institution from the eastern town of Benghazi to the capital Tripoli in the west of the country. It reduced the influence of eastern regions, which has approximately 80% of the country’s oil reserves.

The collapse of the Gaddafi regime allowed the eastern political groups to rally around and take control of the oil sector. Riots erupted against Gaddafi in Benghazi, where people were seething with anger for shifting the petroleum institute.

The country had recorded the production of 1.6 million barrels of oil in 2010, which dropped significantly due to instability and different groups fighting to take control of resources. Finally, Haftar’s militias made the situation much worse in the region.

Since 2014, Haftar’s militias have been targeting the oil fields to strengthen their position in the ongoing war. But the strategy has cost Libyan economy billions of dollars.

According to the Libyan National Petroleum Authority, the interruptions have resulted in affected production of 800,000 barrels per day and a monitory loss of $55 million.

The country’s Central Bank has reduced its reserves to the lowest level in its history to meet the requirements of paying salaries to government employees and basic expenditures on food, health, and education.

The lack of finances has led to severe economic crises in Libya. The country is facing high inflation, depreciation of the local currency, and the rise in public debt.

*By Burak Dag in Ankara

Post-election protests erupt across US