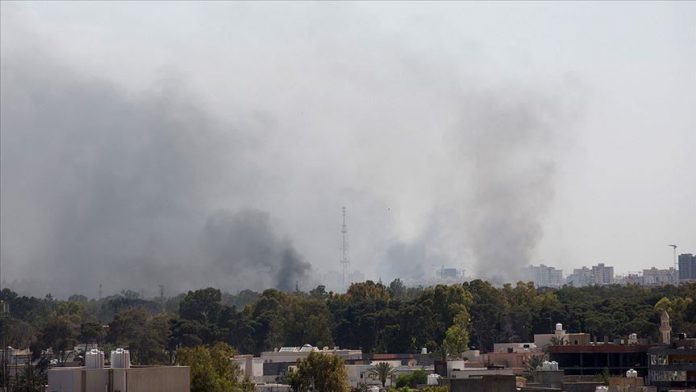 Forces loyal to Libya’s renegade commander Khalifa Haftar once again violated a fragile cease-fire with the UN-recognized government in Tripoli, firing mortar shells on southern areas of the capital, an official said.

Speaking to Anadolu Agency, Abdulmalik al-Madani, a spokesman for the forces of the Tripoli-based Government of National Accord (GNA), said Haftar militia randomly shelled the southern fronts of Tripoli.

A similar statement was made on Monday by the GNA that said Haftar’s militia randomly shelled Salaheddin, al-Ramla and Ein Zara areas in southern Tripoli.

On Jan. 12, the conflict parties announced a cease-fire in response to a