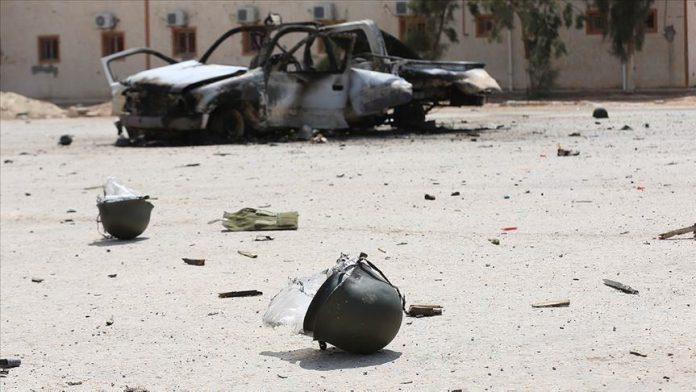 Thirteen civilians were injured in airstrikes by eastern Libyan forces in the western city of Misrata, the UN-recognized Government of National Accord (GNA) said Tuesday.

“Four airstrikes targeted arms depots and successfully hit their goals,” the media office of Haftar’s forces said in a statement.

On Monday, the GNA accused the United Arab Emirates (UAE) of carrying out an airstrike on a biscuits factory that killed seven people south of Tripoli.

The GNA accuses the UAE of supporting Haftar’s attack on