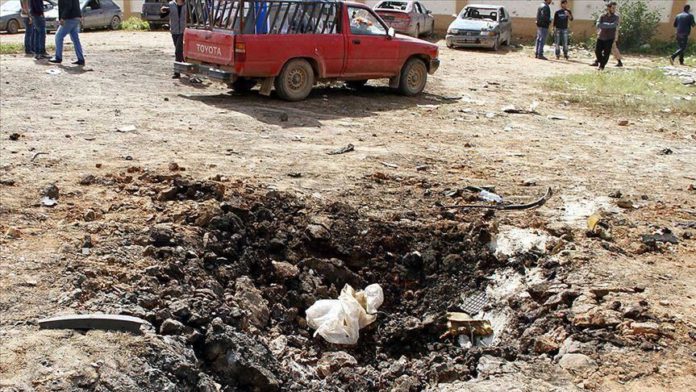 Three children were injured when a landmine laid by warlord Khalifa Haftar’s militia went off south of the capital Tripoli, the Libyan army said on Tuesday.

The explosion occurred in al-Khulla by a mine planted by “the criminal [Russian] Wagner gang before fleeing with Haftar terrorist militia,” the government-led Operation Volcano of Rage said in a statement.

The incident comes in the wake of a UN warning of the dangers posed by landmines and explosives planted by Haftar’s militia south of Tripoli.

The UN estimates that 52 people have been killed and 96 injured so far, according to Stephane Dujarric, a spokesman for the UN Secretary-General, at a press conference on Monday.

On May 22, the Libyan army announced that Haftar’s militia had planted mines before fleeing its positions in southern Tripoli.

US: F-22 crashes in Florida during training flight

Iran sends aid to Lebanon over explosion at Beirut port