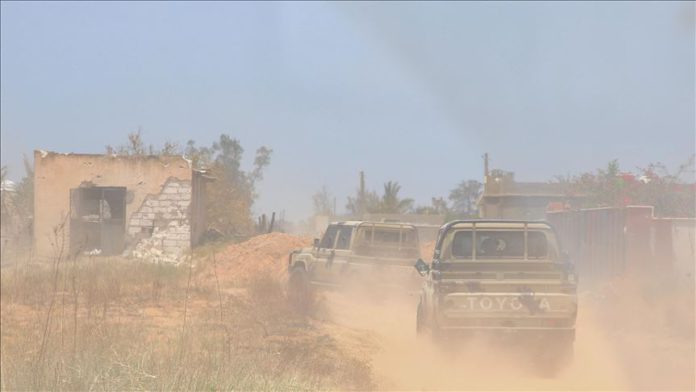 Mohammed Qanunu, a spokesman for the government-led Operation Volcano of Rage, did not provide further details in his statement but said they had been ordered to take all measures to safeguard against the novel coronavirus while collecting the bodies.

Libya currently has 182 confirmed coronavirus cases and five deaths, according to data from US-based Johns Hopkins University. The number of recoveries stands at 52.

Since first appearing in Wuhan, China last December, the novel coronavirus, officially known as COVID-19, has spread to at least 188 countries and regions.

The pandemic has killed over 380,000 people worldwide, with more than 6.37 million confirmed cases, while recoveries have surpassed 2.72 million, according to figures compiled by Johns Hopkins.

The Libyan government has been under attack by Haftar’s forces since April 2019, with more than 1,000 killed in the violence. It launched Operation Peace Storm on March 26 to counter attacks on the capital, Tripoli.