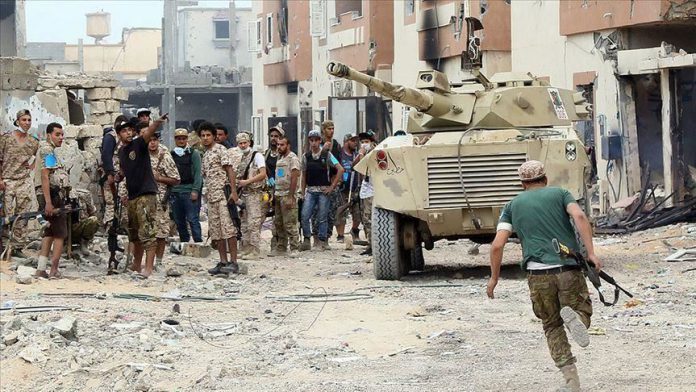 Since early evening, a number of strong explosions have been heard in the area, which is close to Tripoli’s only civilian airport, Mitiga.

Witnesses said Souq al-Juma was hit with many missiles, but there have been no statements issued on whether there are casualties.

“The LNA General Staff declared the expansion of the previously established no-fly zone in Tripoli,