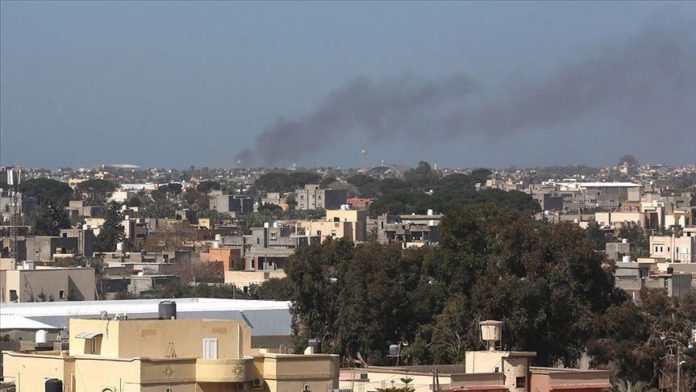 Amin al-Hashimi, media advisor to the Health Ministry, also said that another 19 civilians, including children, were wounded in the attack.

The shells landed in a coastal road in Tajura region, he said, adding that the road is the only one linking Tripoli with the surrounding areas in the east.

Following the ouster of late ruler Muammar Gaddafi in 2011, Libya’s government was founded in 2015 under a UN-led political deal. Since April 2019, the government has been under attack by Haftar’s forces, based in eastern Libya, and more than 1,000 people have been killed in the violence. It launched Operation Peace Storm on March 26 to counter attacks on the capital.