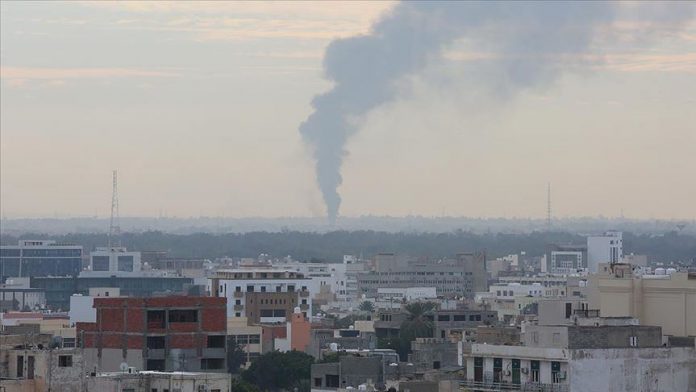 As world leaders met in Berlin Sunday to chart a way forward for peace in Libya, forces of warlord Khalifa Haftar have been violating a week-old cease-fire around the capital Tripoli.

Periodic gunshots have been heard south of the Libyan capital, and black smoke can be seen rising, according to reports on the ground.