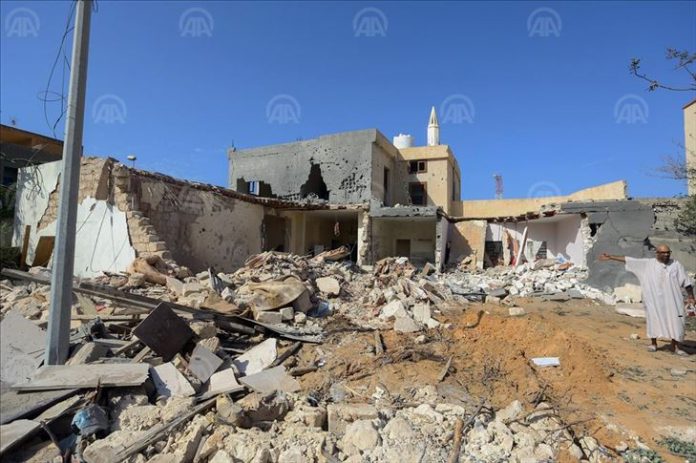 A source from forces of Libya’s UN-recognized Government of National Accord (GNA) who declined to be named told Anadolu Agency that the college, which was also being used as a warehouse for the coastal city of Misrata, was bombed five times.