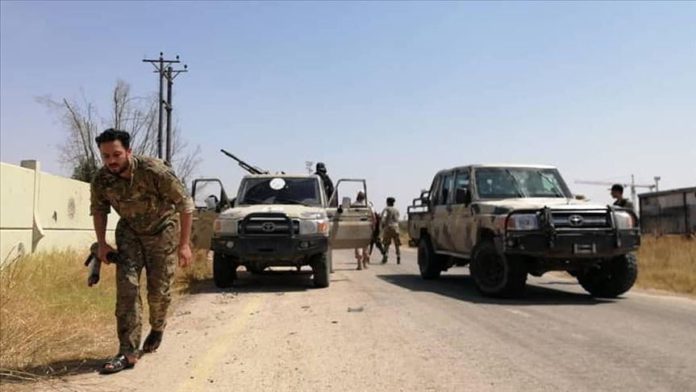 The internationally recognized Libyan government will be open to negotiations with warlord Khalifa Haftar in the country’s east after it liberates the coastal city of Sirte and the central Juffra region, home to a strategic military air base, according to the country’s interior minister.

Sirte has a symbolic value for the legitimate Libyan government because its forces played an active role in the US-led operation which retook the city from the terror group Daesh/ISIS in 2016, Fathi Bashagha told Bloomberg in an interview published Sunday.

Bashagha underlined that the operation against Daesh/ISIS cost them “more than 718 dead youths.”

“We will not allow Sirte to be under any authority except the legitimate authority of the Government of National Accord,” Bloomberg quoted Bashagha as saying, using another name for the Libyan government.

“We need to prevent Russia from setting up bases in Sirte and Juffra,” he added.

A political initiative was agreed to on Saturday by Egypt’s President Abdel-Fattah al-Sisi with Aquila Saleh, the speaker of Libya’s Tobruk-based parliament, and warlord Khalifa Haftar.

The Cairo Declaration calls for a cease-fire in Libya as of Monday and proposes a new assembly to form the House of Representatives and Presidential Council.

Neither the members of Libya’s internationally recognized government nor their international allies were present at the Cairo conference.

Only Russia showed support for the declaration.

The Libyan Army has made significant military gains against Haftar’s militias in recent days, capturing the town of Wadi Wishka and two other areas south of Sirte.

On Saturday, the army launched a military operation to liberate cities of eastern and central Libya from Haftar’s militias, one day after capturing the strategic city of Tarhuna – the last stronghold of Haftar in western Libya.