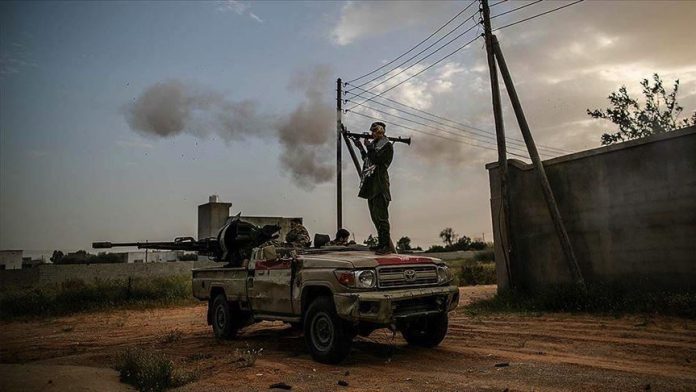 Libya’s government forces have seized control of Sorman, a town in the south of capital Tripoli, from militias loyal to warlord Khalifa Haftar, a spokesman said on Monday.

Mustafa Al-Mujie, spokesman of Government of National Accord (GNA)’s military forces, said they had entered the town center, and it was in their total control.

The internationally-recognized government’s forces also managed to seize weapons and military vehicles, including armored vehicles, belonging to the pro-Haftar militia, he added.

The GNA has been under attack by Haftar’s forces since last April, with more than 1,000 killed in the violence.

It launched “Operation Peace Storm” on