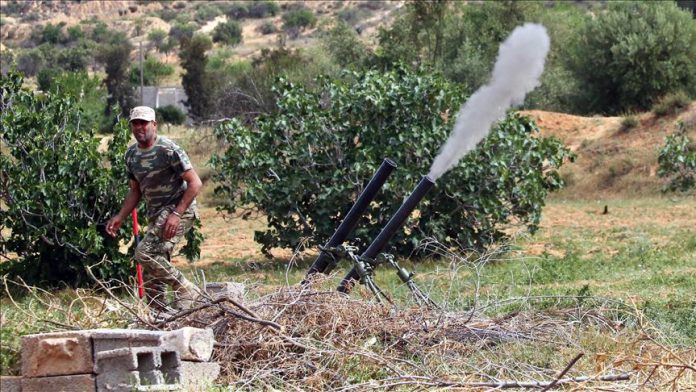 Libya’s UN-recognized government of National Accord (GNA) said on Monday it had targeted three airstrikes at militia of warlord Khalifa Haftar southeast of the capital Tripoli.

Following the airstrikes on militia in Tarhuna, a city 80 kilometers (50 miles) southeast of Tripoli, Mustafa al-Majei, spokesman for the GNA-led Operation Volcano of Rage, told Anadolu Agency that there is a cautious calm in areas south of Tripoli.

Al-Majei confirmed that government forces are keeping their positions in the areas around Tarhuna.

On Saturday, GNA forces launched an operation to recapture Tarhuna, a town of strategic value for Haftar and