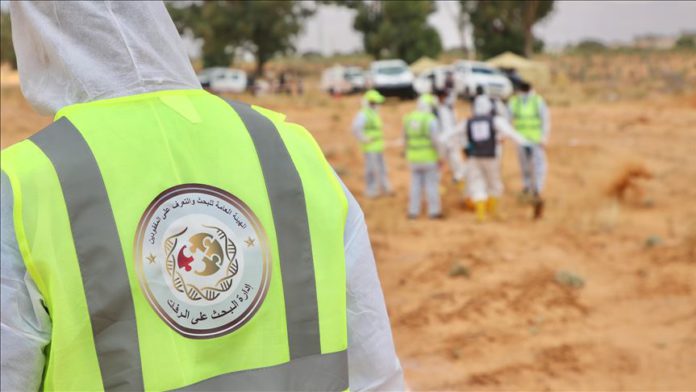 According to a statement by the Libyan government team conducting search activities in the area, the five bodies were unearthed during excavation work.

Located around 88 kilometers (55 miles) southeast of the capital, Tripoli, Tarhuna once served as the main staging point for warlord Khalifa Haftar’s abortive offensive aimed at seizing the capital from the UN-recognized Government of National Accord (GNA).

On June 10, Libyan officials said 10 more bodies had been found in a mass grave in the same city.

The remains of nine corpses were also found south of Tripoli on June 28.

The officials said the total number of corpses removed from the area has reached 24.

Libyan authorities had announced that there were 11 mass graves in and around the city.

The Libyan army recently inflicted heavy blows on Haftar and liberated Tripoli and Tarhuna in addition to other strategic locations from his militias, including Al-Watiya airbase.

The internationally recognized government has been under attack by Haftar’s militias since April 2019, with more than 1,000 killed in the violence.

*Writing by Burak Dag from Ankara