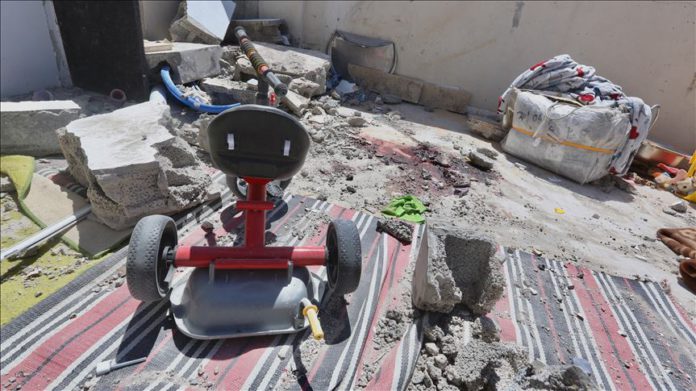 Libyan Prime Minister Fayez al-Sarraj expressed his dissatisfaction Monday over the European Union’s policy towards crimes against civilians in his country.

Al-Sarraj spoke with EU foreign policy chief Josep Borrell about the matter over the phone, according to a statement from the Prime Ministry.

He said he was dissatisfied with the EU for not taking a more precise and effective stance on the matter.

Emphasizing that the crimes in question were systematically committed and violated international law, al-Sarraj said they are war crimes and crimes against humanity.

The two men also discussed the latest situation in Libya.

At least 30 civilians, including women and children, have been killed in attacks on Tripoli by militias loyal to renegade commander Khalifa Haftar since the beginning of May.

It launched Operation Peace Storm on March 26 to counter attacks on the capital.