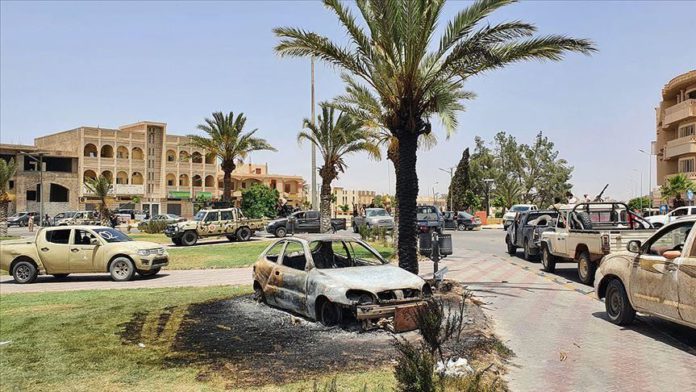 Libya’s ambassador to the UN Taher el-Sonni on Saturday called for a UN investigation into the death of scores of people in the city of Tarhuna, a stronghold of warlord Khalifa Haftar in western Libya.

The demand came in a phone call between el-Sonni and Rosemary A. DiCarlo, UN’s Under-Secretary-General for Political and Peacebuilding Affairs.

“In a phone call with USG pol. affairs Rosemary DeCarlo, we asked an immediate investigation by UNSMIL with regards to the bodies found today in Tarhuna hospital, more than 106 civilians including children & women many seem to be executed by shots in the head,” el-Sonni said on Twitter.

Amin al-Hashemi, a spokesman for the Libyan Health Ministry, said signs of torture were found on most of the corpses, including women and children.

On Friday, the Libyan army liberated the strategic Tarhuna city from Haftar’s forces.

In March, the Libyan government launched Operation Peace Storm to counter attacks on the capital and recently regained strategic locations, including the Al-Watiya airbase and Tarhuna city.