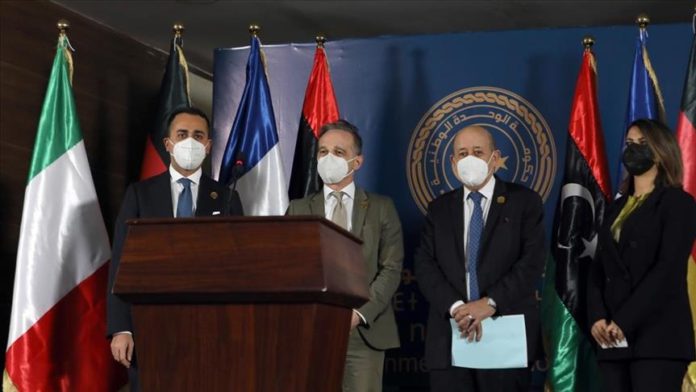 Libya’s Foreign Minister Najla al-Mangoush called Thursday for the departure of all foreign forces and mercenaries from the country.

“We reiterate the need for the immediate departure of all mercenaries from Libya,” al-Mangoush said in a joint press conference in Tripoli with her French, German and Italian counterparts.

The top Libyan diplomat called for accelerating the return of foreign embassies and missions in Libya, and facilitating the issuance of visas to Libyans.