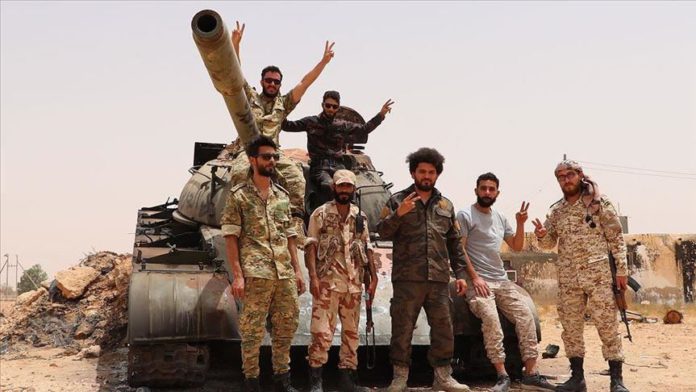 The Libyan Defense Ministry said Monday the return of the central city of Sirte and al-Jufra base to the government’s control would serve the best interests of all brotherly and friendly countries.

“It serves the interests of all brothers and friends to return Sirte and al-Jufra to the control of the state,” ministry undersecretary Salah Al-Namroush said in a statement published by the government-led Operation Volcano of Rage.

“We expect from all brothers and friends to support the legitimate government to achieve stability on the entire Libyan territory,” he said.

He said reports by experts of the UN Security Council and Secretary-General Antonio Guterres proved that a number of Arab countries were involved in the aggression on the capital, Tripoli.

“Their ammunition and equipment killed our children and destroyed our country,” he said, going on to reiterate that the Libyan forces “will proceed until imposing control over the entire Libyan territory”.

Al-Sisi said the city of Sirte and al-Jufra airbase are a “red line”, calling on his army to “be prepared to carry out any mission here within our borders, or if necessary outside our borders”.

The UN recognizes the Libyan government headed by Fayez al-Sarraj as the country’s legitimate authority as Tripoli battles the militias of eastern warlord Khalifa Haftar.