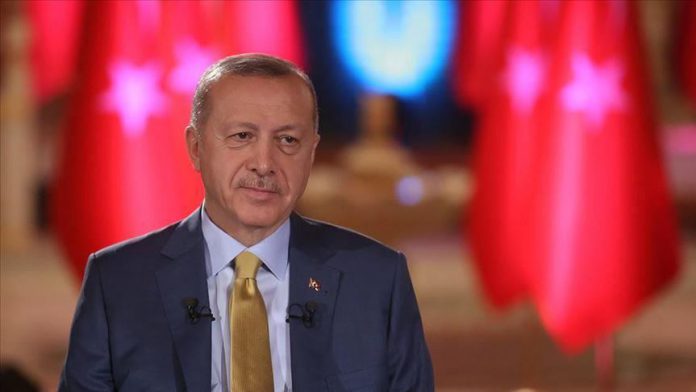 With the maritime deal between Turkey and Libya, Ankara has shown the world its determination to protect its rights under international law, Turkey’s President Recep Tayyip Erdogan said Monday.

Erdogan was speaking at a live televised interview with TRT, country’s public broadcaster.

On Nov. 27, Turkey and Libya’s UN-recognized Government of National Accord (GNA) in Tripoli signed the bilateral memorandum.

The memorandum asserts Turkey’s rights in the Eastern Mediterranean in the face of unilateral drilling by the Greek Cypriot administration, clarifying that the Turkish Republic of Northern Cyprus (TRNC) also has rights to the resources in the area.