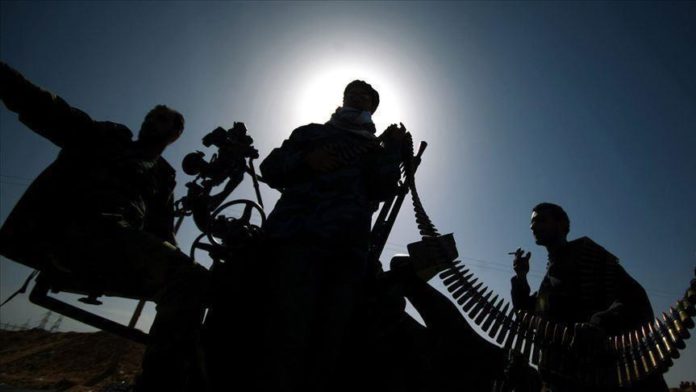 Libya’s Ambassador to the UN Taher Al-Sunni said on Thursday that his country’s crisis is being manipulated by international powers to settle other scores.

“Our [Libya] crisis is a card that they [international powers] manipulate to settle other scores” that does not concern us, Al-Sunni said on Twitter a day after the second Berlin conference on Libya.

While acknowledging the importance of the “international consensus” on resolving the Libyan crisis caused by the “successive [external] interventions since 2011,” Al-Sunni said resolving the crisis in Libya is “not a priority” for international powers.

Al-Sunni called on Libyan leaders to appeal to the people to liberate the oil-rich country.

“If we want to liberate our will and restore our sovereignty, we must appeal to the people to decide their own fate,” Al-Sunni said.

On Wednesday, the second Libya conference hosted by Germany was concluded in Berlin.

The conference discussed Libya’s political process, the national elections slated for Dec. 24, and the withdrawal of all foreign forces and mercenaries from the country with the participation of international actors, including Turkey.

Held under the auspices of the UN and Germany, the meeting was attended by head of Libya’s Presidential Council Mohammed al-Menfi, and Prime Minister Abdul Hamid Dbeibeh, UN special envoy to Libya Jan Kubis, and foreign ministers of the participating countries.

Libya witnessed positive developments following a breakthrough in which rival parties agreed on Feb. 5 on a unified new executive authority that will govern Libya in the lead-up to national elections on Dec. 24.

* Writing by Ibrahim Mukhtar in Ankara.

November 23, 2020
We use cookies to ensure that we give you the best experience on our website. If you continue to use this site we will assume that you are happy with it.Ok