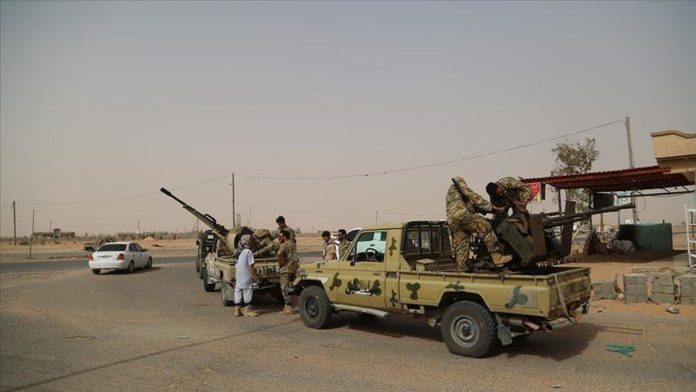 Libya’s permanent representative to the UN, Taher el-Sonni, on Saturday called for imposing sanctions on Russian and Sudanese mercenaries in the country.

On Friday, mercenaries from Wagner Group and the Sudanese Janjaweed militia forced their way into El-Sharara oilfield to halt oil experts from the field, according to Libya’s National Oil Corporation (NOC).

“Since UN Sec. Council failed to sanction individuals/mercenaries as Wagner/Haftar and others, who violate all resolutions, US/EU should take such actions & freeze assets as any terrorist organization and hold who finance them accountable, we witnessed swift actions before on others with less threat,” el-Sonni wrote on Twitter.

On Friday, the US Embassy in Libya condemned the occupation of the oilfield by Wagner and other foreign mercenaries as part of “an unprecedented foreign-backed campaign to undermine Libya’s energy sector”.

Haftar on side of war, not peace: Top Turkish diplomat