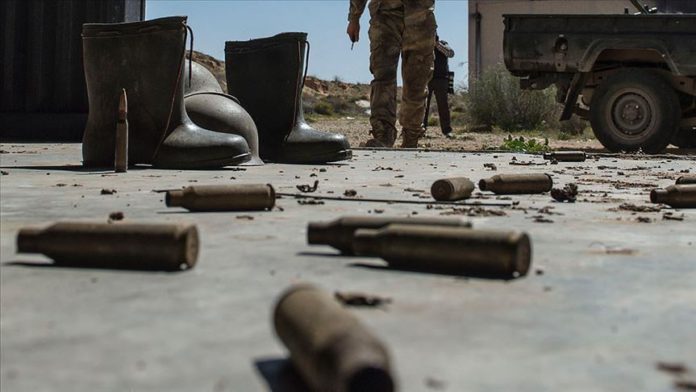 The Libyan army said Wednesday it has spotted the dispatch of military supplies from Egypt to the city of Tobruk in northeastern Libya.

The new development came shortly after warlord Khalifa Haftar said his forces were preparing for a “major battle” near the cities of Sirte and al-Jufra.

The Libyan army, however, did not give further details.

On April 8, the Libyan army released photos of an Egyptian vessel arriving at the Tobruk harbor carrying 40 containers of ammunition for Haftar.

Al-Sisi said the city of Sirte and al-Jufra airbase are a “red line,” calling on his army to “be prepared to carry out any mission here within our borders, or if necessary outside our borders.”

ICC warns of war crimes in Libya as Haftar presses on