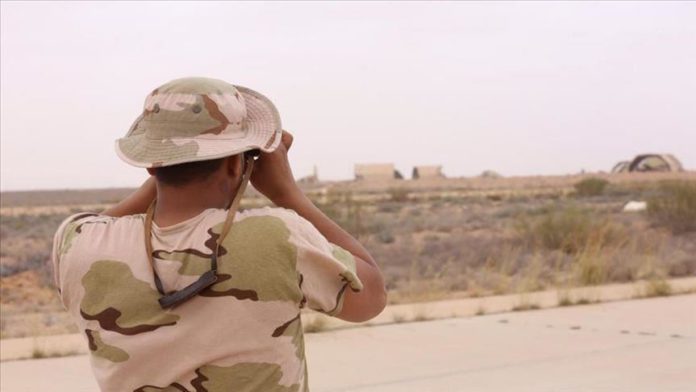 Libyan government forces pounded positions of warlord Khalifa Haftar’s militias at Tripoli airport, south of the Libyan capital, according to the military on Sunday.

Three armored vehicles belonging to Haftar were destroyed in the artillery attacks, the government-led Operation Volcano of Rage said in a statement.

Meanwhile, military spokesman Mohammed Gununu called on members of Haftar’s militias to lay down arms, pledging a fair trial for those who surrender.

The call came one day after government forces said they were advancing in several areas near Tripoli airport.

The internationally recognized Libyan government has been under attack by Haftar’s forces since April 2019. The government launched Operation Peace Storm on March 26 to counter attacks on the capital.

While France, Egypt, Russia, and UAE support Haftar, directly or indirectly, Turkey has shown solidarity with the UN-recognized, legitimate government representing the will of the Libyan people.