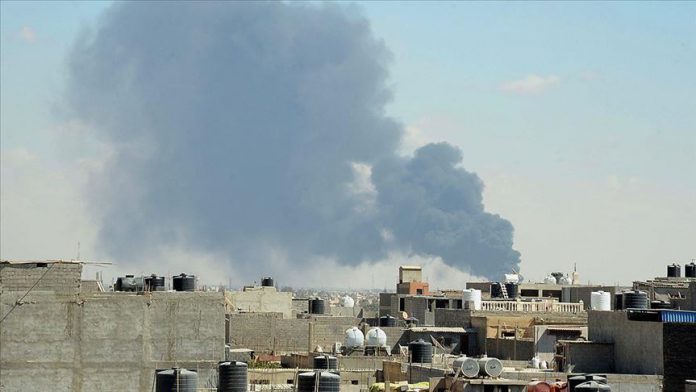 The UN-recognized Government of National Accord (GNA) in Libya hit the operation center of warlord Khalifa Haftar in an airstrike on Saturday.

GNA forces hit Haftar’s operation center in the eastern Al Washaka area of the coastal city of Sirte, said a statement by the Burkan Al-Ghadab (Volcano of Rage) Operation.

Spokesman for the GNA-led operation Mustafa al-Majei told Anadolu Agency that the strike was launched against forces loyal to Haftar in response to an attack by the United Arab Emirates in the northwestern Misrata province on Thursday.

He also said that GNA forces had made advances in the