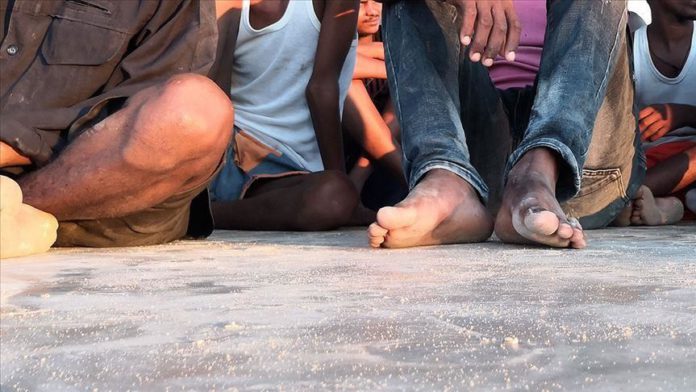 At least 55 irregular migrants of different nationalities were held on the Mediterranean coast of Libya, said the country’s Interior Ministry on Sunday.

Libyan coast guards raided a warehouse in coastal Zliten city and caught 55 irregular immigrants, including four women and six children, the ministry said in a statement.

It added that irregular migrants were preparing to migrate to Europe through the Mediterranean.

One human trafficker was also arrested.

The Mediterranean is the most preferred route by migrants from Africa, mostly from Libya, who try to cross to Europe through Italy and Malta.

Crossings significantly increase over the summer months, while NGOs from different countries engage in several rescue operations in the sea.