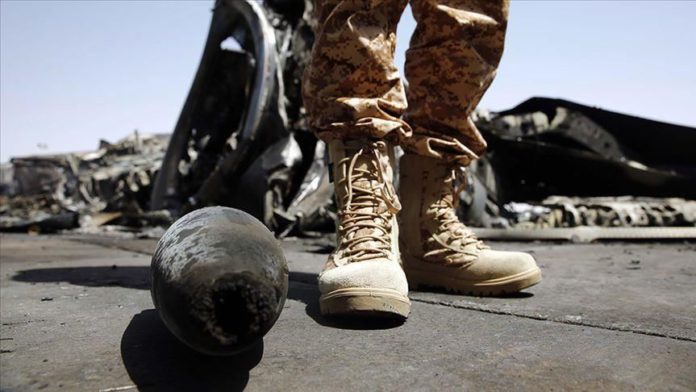 Four mercenaries from the Russian Wagner group were killed when a helicopter carrying ammunition crashed in central Libya, the Libyan army said on Wednesday.

“A helicopter carrying Russian mercenaries and ammunition fell in the town of Sukna, in the city of Al-Jufrah,” military spokesman Abd al-Hadi Dara told Anadolu Agency.

“According to preliminary information, the helicopter exploded, killing 4 Russian Wagner mercenaries,” he said.

The spokesman noted that, “the helicopter was heading towards one of the oil fields used by the mercenaries as an operations room”.

Eastern warlord Khalifa Haftar uses mercenaries from several countries in his military activities that undermine stability in Libya and to control the oil fields, most notably mercenaries from the Wagner group.