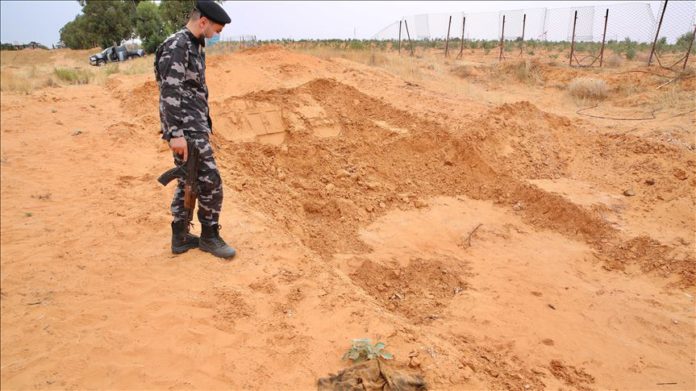 Libya announced Friday that three additional mass graves were found in Tarhuna which was liberated by the army last week from militias loyal to renegade Gen. Khalifa Haftar.

The graves were found in the city where mass graves were recently found, according to a statement by the army’s Burkan Al-Ghadab (Volcano of Rage) Operation.

The Justice Ministry also announced the area of the graves will be cordoned off for forensic investigation.

Eight mass graves were recently found in Tarhuna, which was used as the operation and supply center of the militias loyal to Haftar, according to the UN.

The UN Support Mission in Libya (UNSMIL) defined as “terrifying” the mass graves.

“UNSMIL notes with horror reports on the discovery of at least eight mass graves in past days, the majority of them in Tarhuna,” UNSMIL tweeted.

More than 150 bodies, including women and children, were exhumed from the graves that was Haftar’s last stronghold in western Libya before its liberation.