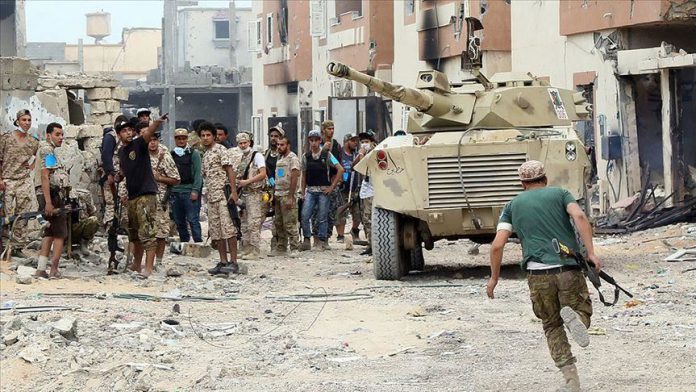 Twenty of Gen. Khalifa Haftar’s militia were killed in the Al-Washaka area, in the past days, a spokesperson of the UN-recognized Libyan government said Wednesday.

Mustafa Al-Majee said the militia were targeted by airstrikes and a number of armed vehicles and ammunition were destroyed.

The Al-Washaka area, east Sirte, saw heavy clashes and Government of National Accord (GNA)’s forces are controlling and advancing despite the clashes.

Since the ouster of late leader Muammar Gaddafi in 2011, two seats of power have emerged in Libya: one in eastern Libya supported mainly by Egypt and the United Arab Emirates and