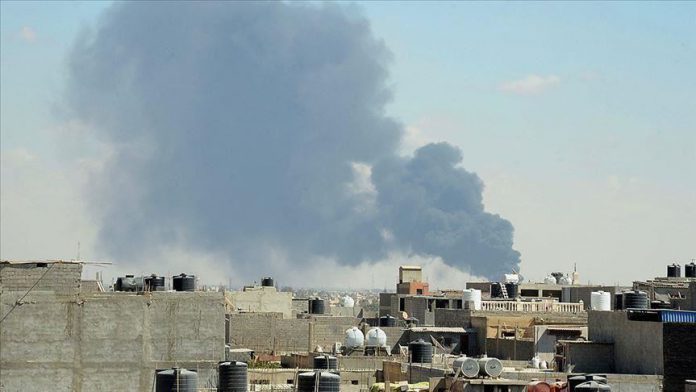 A mother and child were killed east of Libya’s capital by militia affiliated with warlord Khalifa Haftar, the Libyan government media office said in a statement on Monday.

The statement added that Haftar militia shelling of residential areas of the city of al-Qarbouli left three others injured along with damaging homes.

Libyan Government of National Accord (GNA) forces also said that Haftar’s forces, since Saturday, continue to target residential areas in the town of Ain Zara, south of the capital Tripoli.

As part of measures against the novel coronavirus, a cease-fire took effect in Libya on March 21 but Haftar’s militias have continued attacks on the capital.

Libyan government forces have been under attack by Haftar’s forces since last April, and international efforts to enforce a cease-fire have proven unsuccessful.

Since the ouster of late ruler Muammar Gaddafi in 2011, two seats of power have emerged in Libya: Haftar in eastern Libya supported mainly by Egypt and the United Arab Emirates, and the GNA in Tripoli, which enjoys the UN and international recognition.